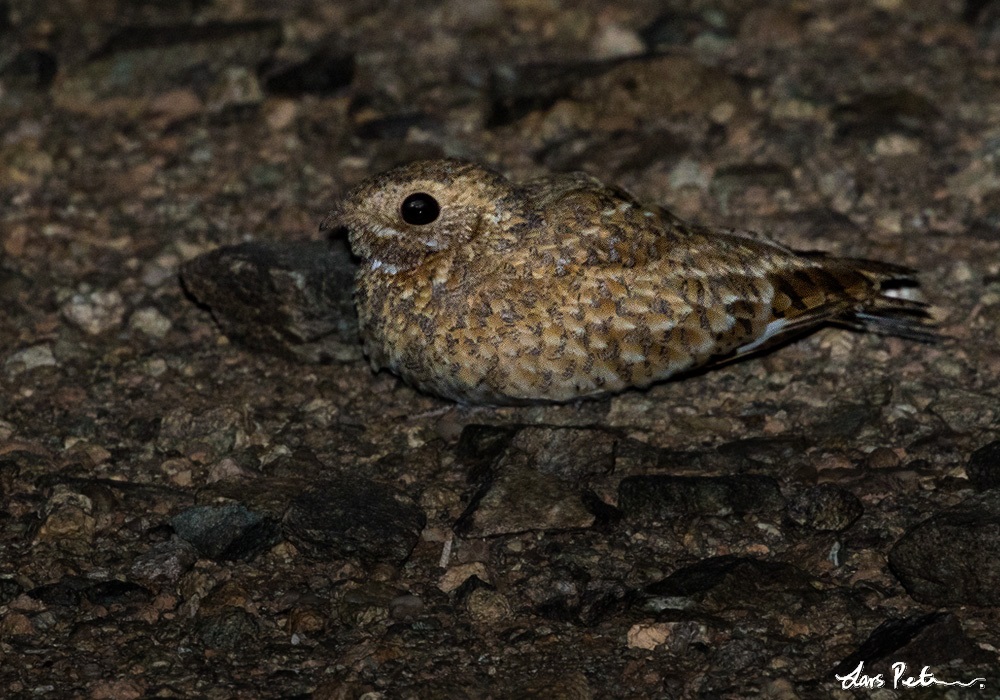 Caprimulgus eximius simplicior
Oued Jenna, Aousserd, Western Sahara - March 20 2017
A Golden Nightjar sitting on the ground.
The Golden Nightjar has recently been discovered to occur within Western Palearctic borders. They are basically seen (or heard) at only one site in Western Sahara, so the Aousserd Road has quickly become a popular destination for WP birders. We spent two nights in the area, and were lucky to have one of them without the strong winds. A rather difficult nightjar to photograph, and a most welcome twitch since I dipped on this species in Cameroon 5 years ago.