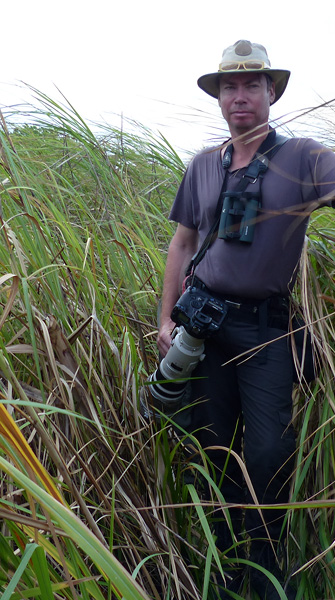 I've been interested in nature and especially birds since the late 70's. Travels, birdwatching and photography has become a lifestyle I can’t give up. I have always new plans for future trips. I prefer travelling in a small group of friends, or perhaps even more so just me and my wife Anita. She shares my passion for birds, nature and photography. Since we met in 2011, we have made 32 trips together, visiting 43 countries!

My photo interest got a boost with the digital revolution at the beginning of this millennium. Starting with “digiscoping” I went on to DSLR’s and long tele lenses. From 2014 and onward, my preferred gear has been a Canons EOS 7D mk2 along with Canon EF 500/4L IS II USM. This equipment has served me well, but now I'm trying out the mirrorless technique and purchased the Canon Eos R5 with the RF 100-500 mm lens.

Climate change subjects arise new questions regarding the impact we make on our planet when we are using aircrafts for travelling. Sir David Attenborough and Greta Thunberg are my heroes and brave role models. Indeed, we need to do better and reduce our CO2 emissions, preferably down to zero or below that! But the issues are so complex. For example, what would happen to that little patch of protected forest in a third world country if the global Eco Tourism ceased? What would happen if the local community lost their income from their restricted range, threatened birds?

Not a long time ago I was birdwatching with my friends along a forest road in Peru. There we met a large group of people from a nearby village. They had come together with tools and gear to build a new lodge. They had noted that foreigners came back to their land to watch birds, and now they saw an opportunity to save the forest, instead of cutting it down to be replaced by pastures and cultivation. The bottom line is that I will continue to travel to support conservation around the world, but in the “greenest” way I can.

2018 Vietnam with a pre-tour week in Thailand

1995 South America. My “Big Year” with seven months in Ecuador including two intence 3-4 week trips in the country including Galapagos. Also a month in central/northern Peru, three months in Bolivia, ten days in Paraguay and a week at Iguazu Falls (Argentina) 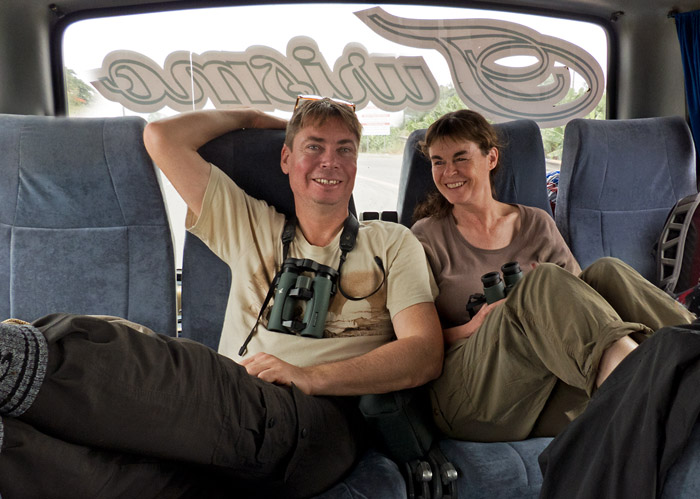 Me and Anita are having a relaxing moment in the back of the bus during the Ecuador tour 2013-14. 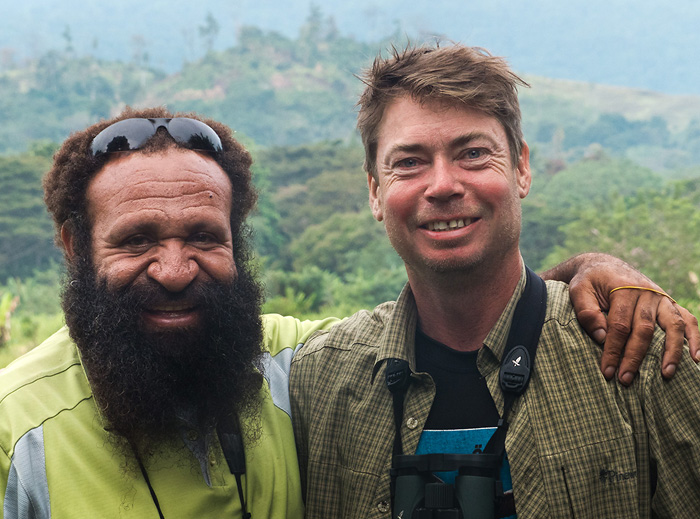 In company with legendary birdman Daniel Wakra in Papua New Guinea. After fantastic birding in Huon peninsula there were no reason to look less happy!

Lists are an essential part of most birdwatchers life. And that was the case also for me. But many years ago I just stopped. I decided to just enjoy birding as it was without thinking about numbers or ranking. But when Anita moved into my life, all that changed again. She had been a keen worldwide birder and enthusiastic lister for years and inspired me to revise and update my lists, but now in an excel sheet, not in an old book like before. Now I really enjoy knowing exactly what I have seen and what I can look forward to.... 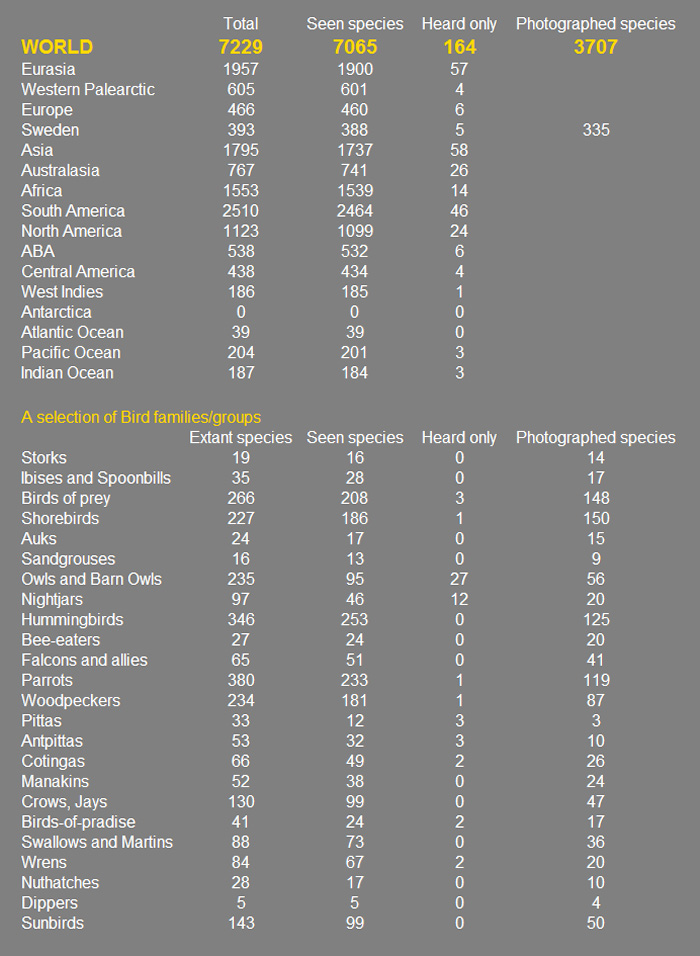