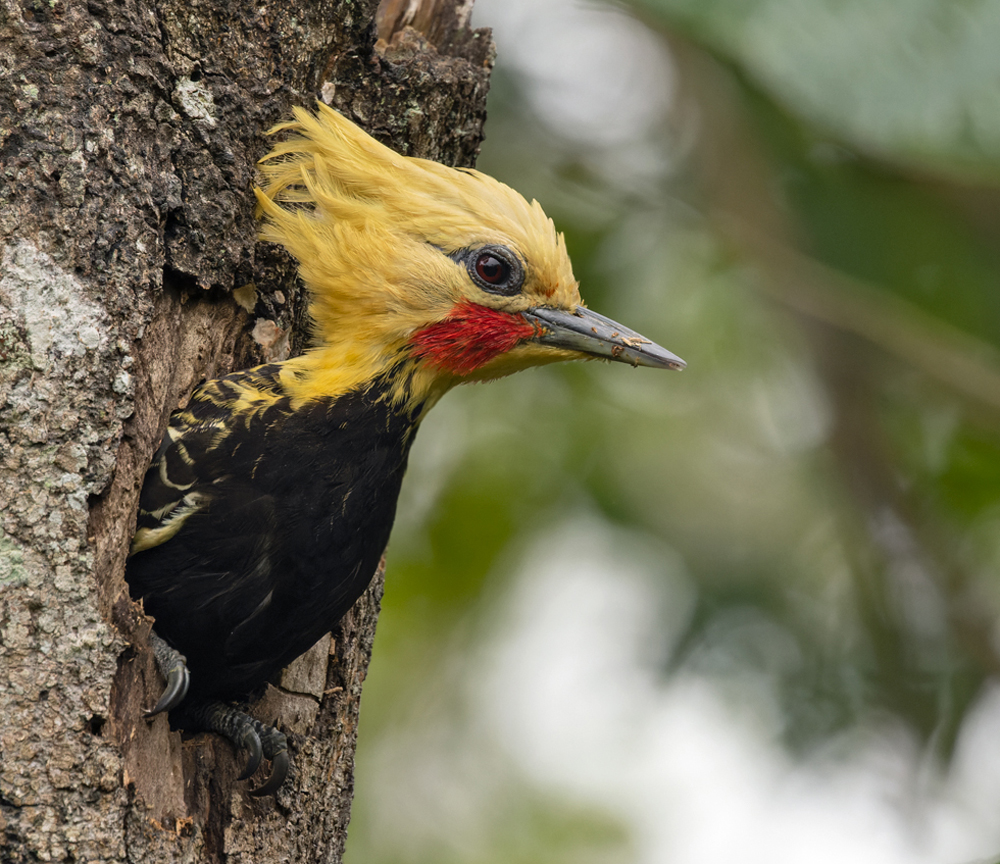 The Blond-crested Woodpecker photographed in Reserva Ñacunday, Paraguay in September 2022. My 200th Woodpecker of the world’s 238 species in the woodpecker family. (#136 photographed). In the next few days I will start uploading photos to the Paraguay gallery. 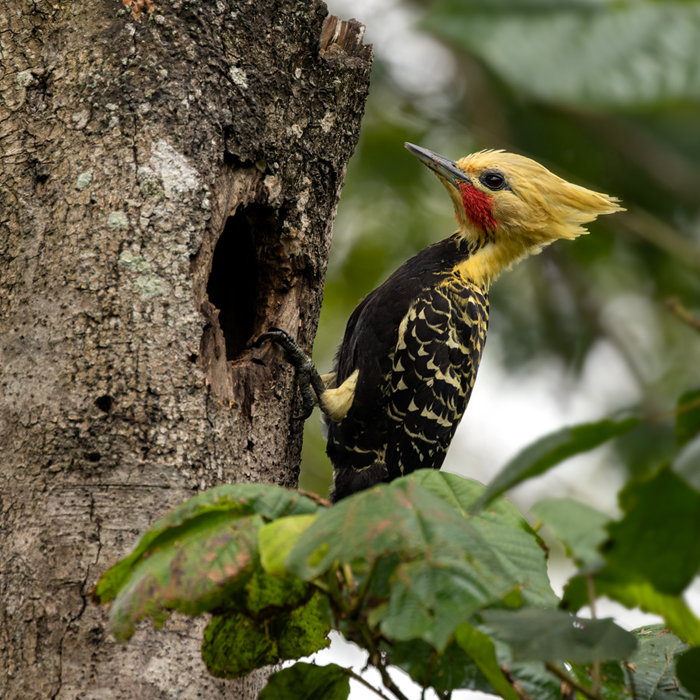 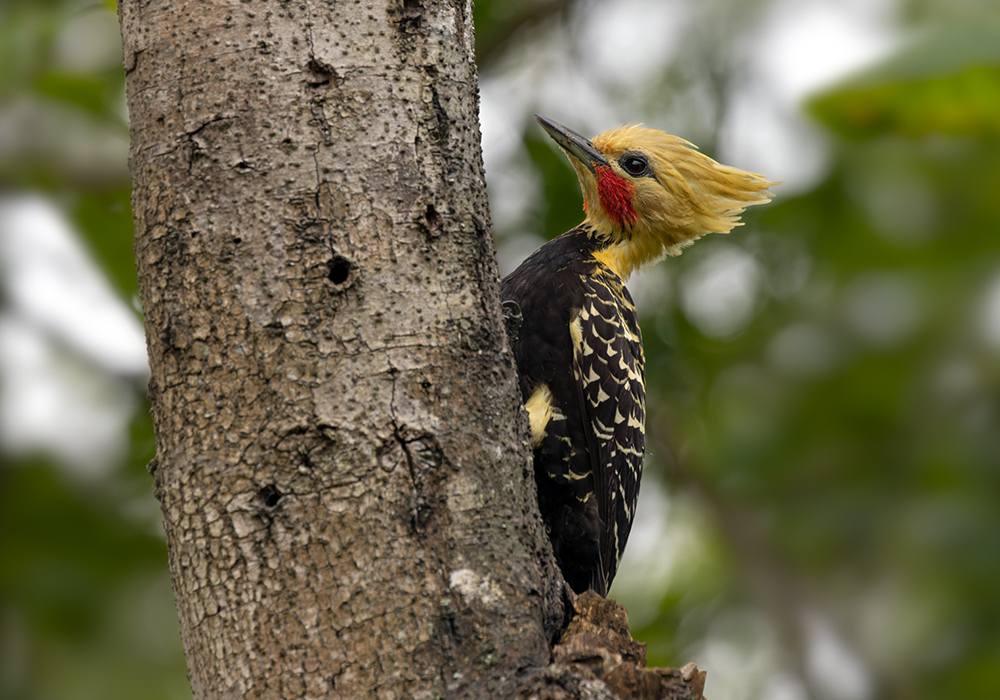 Posted by Lars Petersson at 5:18 PM

It’s past autumn migration for most birds and winter is on the doorstep. It’s dark and at times no less than depressing. But suddenly unbelievable and comforting things happens in the birding world. A mega rarity pops up in the most unexpected and remote corner in the country. In the past few years I can remember fantastic birds showing like American Cliff Swallow, Red-necked Stint, American Tree Sparrow, Pallid Swift, American Black Duck and Isabelline Shrike. All in November. This time we can enjoy a gorgeous male Siberian Rubythroat, and he tops them all.

The Rubythroat sang quietly whilst it was foraging in the gardens of Vargön! How the Rubythroat was named is quite obvious!

The Rubythroat has been on the “most wanted” list for many birders ever since the first record in Sweden a few years ago. On that occasion only a dozen lucky souls got to see it, very briefly…


There was a few hours of waiting before mr Ruby showed this well...

This time the Rubythroat is extremely generous with close-up views, but also have a tendency to vanish and keep out of sight for several hours. At the time of writing the bird has been present for a full week, and we have been to Vargön twice. On the first visit the bird escaped Anita’s eyes, so a second visit was called for. As a side effect a managed to get a few photos.

Posted by Lars Petersson at 6:56 PM

The Common Kingfisher is among the most colorful birds in Europe and is high up on the favorite list for many birders. For sure this gem is on my top list, but it´s only on rare occasions I get a chance to get close to this bird. Kingfishers are on the outskirts of their distribution here and used to be quite rare in Sweden. Climate change, I suppose, have brought milder winters to us and more birds survives to see the next breeding season. Thus, we find Kingfishers more regularly these days, but to have them to pose for the camera is a different story. The Kingfisher I met this time was different and very cooperative, and the light that reflected from ice and snow brought out the colors in a brilliant way.

The Kingfisher dives to the water with a splash!

The flight last only for a second, but...

...sometimes it stops and hovers briefly to have a closer look for the prey.

Undigested parts from a previous meal comes up the same way.

The Kingfisher search tirelessly for the next meal...
Posted by Lars Petersson at 10:08 PM

Finally, we got a small dose of winter, which in our part of the world means one inch of snow and a thin edge of ice on lakes and rivers. We are fortunate to have Otters (Lutra lutra) in our neighborhood, only we don’t see them much unless the circumstances are right. Yesterday was perfect! On our daily walk around our local patch, we approached the small river outlet, as always tiptoeing in silence since just about anything might be around and one doesn’t want to startle anything.  Yesterday there was a magnificent Otter, minding its own business, submerging under water to catch yet another Perch and then up on the ice again to enjoy the meal.

Yesterday was, I think, the best day for Leach's Storm Petrels on Swedish territory since 2004. And for once we were on site to take part of the action. 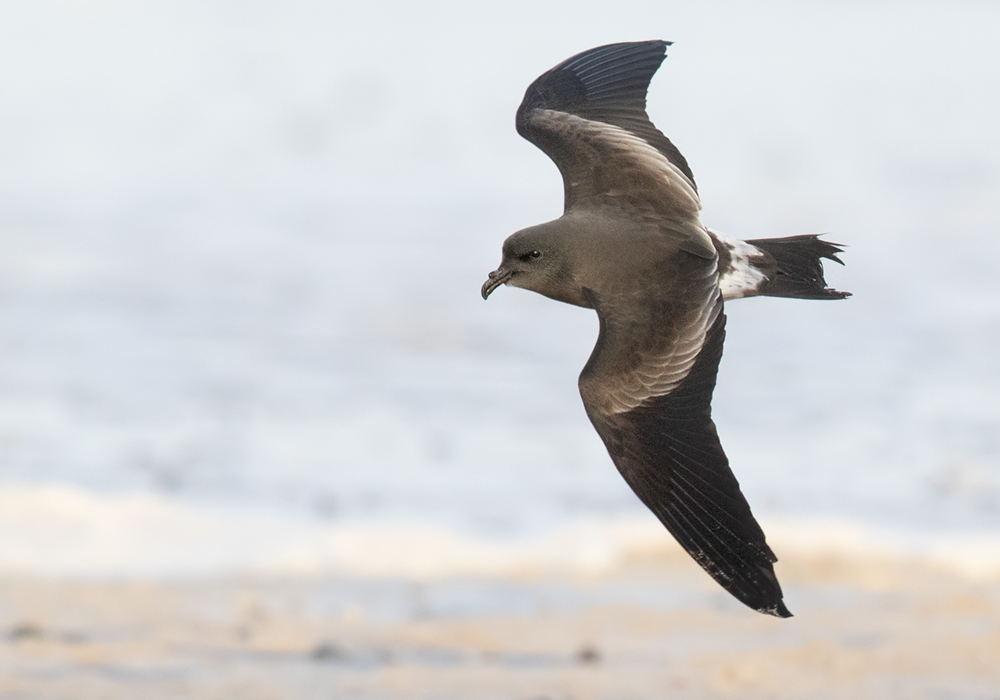 Laholmsbukten (Bay of Laholm) was the place to be to observe the birds as several flew past close the shoreline, some even on the beach itself. The numbers may not sound huge on a global scale, about 30 birds or so, but a good tally for Sweden.

Oddly enough, the strong westerly winds didn’t produce much else in terms of pelagic birds, such as Skuas, Shearwaters etc.

Posted by Lars Petersson at 1:06 PM

This year is like no other year. No travels abroad, and no birding in exotic places. I really miss my life as I knew it. But my own problems are nothing compared with what other people around the world has gone through, with lost jobs, lost health and lost lives. But I have to focus on the bright sides of life in times like these. I and Anita have had the pleasure to see some really nice birds in the south of Sweden in the last couple of weeks.

The Pine Bunting has its home in Asia and migrates south in winter. Some ends up in the wrong place after migration, and that has happened about 20 times in Sweden. Mostly males, since females are near impossible to tell apart from its close relative, the Yellowhammer. The young male was discovered in a garden in Blekinge county and stayed for a couple of days. In 1988 I saw my first Pine Bunting on Öland. That was a brilliant adult male.

The Pallid Swift is even rarer than the Pine Bunting in Sweden. But this year an unusually large number of individuals seems to have reached northern Europe. Typically, they are seen here in late autumn when the Common Swifts have left long ago. Th bird on the photo was incredibly stationary to the lighthouse area on the north tip of Öland for almost a week.

Venjan is a small community in Dalarna county and the local birder there found a Greater Short-toed Lark in the muddy backyard of a cow farm. This lark is rare in Sweden, but not rare enough for us to drive the 6 hours to see it. But then something changed dramatically. Suddenly the lark had company…

with a MONGOLIAN FINCH! It was first identified as a Trumpeter Finch, but as photos soon appeared on social media, the reidentification was inevitable. T Finch had been good enough as it would have been a new bird on both our Swedish lists. Mongolian Finch 10 times better, as it was only the 3rd record for Western Palearctic. So off we went, slept in the car and were on site at dawn. The two birds were already there, very cooperative but unfortunately with dirty bills as they were foraging in the muddy tractor tracks all the time. What a surprise to see two such rare birds on the same spot in the outback of Dalarna.

Posted by Lars Petersson at 9:54 PM

Whiskered Terns are extremely rare visitors to Sweden, with first records as late as 1989.

On last Saturday, two Whiskers showed up in lake Draven, only half an hour away from home. The birds were very friendly, and kept foraging only meters away from us, and were still doing so as we left. Hundreds of twitchers and photographers could enjoy these birds for a full weekend.

In this strange, and to many very difficult year, no travels abroad have been possible. To me personally, more time has become available for stuff that normally don’t get my attention so much. This is a good example. Me lying flat on the ground, admiring the handsome Wasp Spider. It has built a web between grass straws so a tunnel has been formed, allowing small insects such as flies to get caught in the web in the middle of the tunnel.
The Wasp Spider is a recent addition to the Swedish fauna. The first records were from Scania in the 90’s. Now they have reached as far north as Dalarna. They spread with the wind, sailing as far as 100 kms or more with self-made sails!

Red-footed Falcon on my shift!

Sometimes Red-footed Falcons arrives in late spring, but perhaps more regularly they show up as juveniles in early autumn when the breeding season is over in eastern Europe. Vagrant in Sweden, but not so rare that birdwatchers would travel from far away corners of the country.

A couple of days ago a young Red-footed Falcon was reported from Grytås. Despite I was already standby for work, the bird was close enough for me to go and see it. Other local birders showed up too, this bird was not to be missed. We could watch it scanning for prey from its perch along a powerline, regularly sweeping down to the ground to grab a grasshopper or a baby mouse.

Yesterday, the Netherlands had their first ”Steppeplevier”, the 4th Oriental Plover record for Western Palearctic. That reminds me of the 3rd record, the Oriental Plover at Torslandaviken, Sweden 31 May to 1 June this year. We went to see it, but had to wait until after work.

But we were in luck, since the bird didn’t show itself very well until late evening. As we arrived, the plover had just started to move around, foraging in the shrubby wasteland. Also, a brief flight brought the bird just above the heads of the couple of hundred birders to the seaside of the site where the plover could be seen in the open.

Finally, as the sunlight faded away, it flew a short distance into the territory of the Common Ringed Plovers. We left them there, and headed back home, spotlighting along back roads for mammals and other critters of the night.