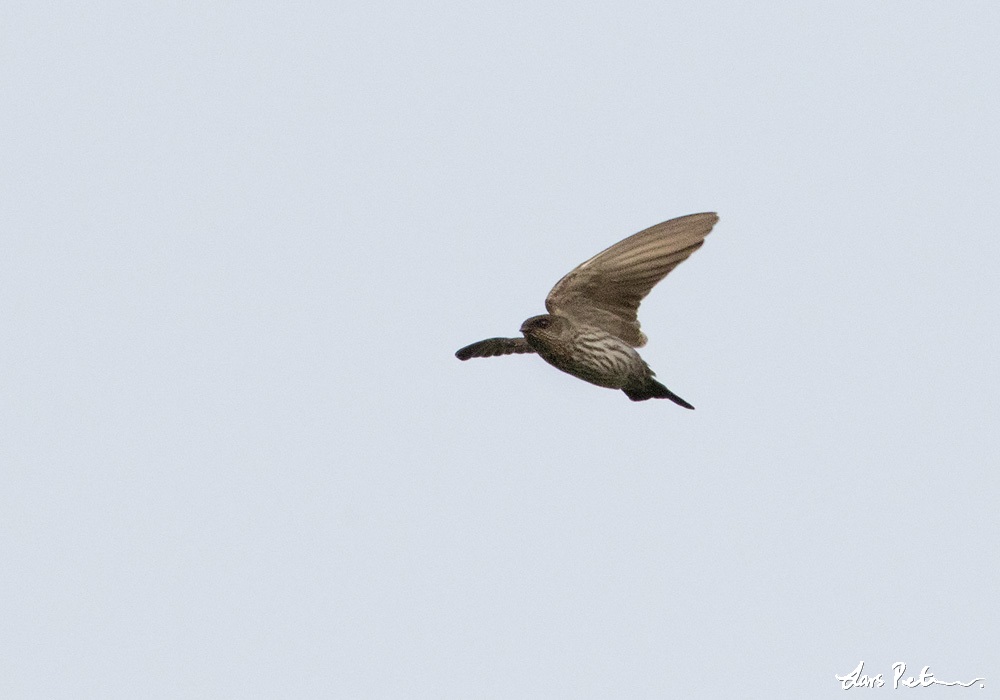 Phedinopsis brazzae
Kinjila, Angola - September 21 2016
Brazza's Martin in flight.
The Brazza's Martin is a little known hirundine, seen by very few birders and photographed only on a couple of occasions before, and never in flight (?). This species is data-deficient, uncommon and local with its distribution range probably mainly in the virtually inaccessible DRC. Its voice is said to be unknown. But we heard its call! I was lucky to get a few shots just as the sun was setting. Previous scientific name Phedina brazzae.